Canvas starring Marcia Gay Harden, Devon Gearhart and Joe Pantoliano. Directed by Joseph Greco.  Library Call Number: PN1995.9.M463C36 2007.
A realistic look at the troubles and turmoil a family faces when a member is diagnosed with mental illness, Canvas is one of those movies that leaves a lasting impression.
Living in Hollywood, Florida, John (Emmy winner Pantoliano) is barely making ends meet after his wife, Mary (Harden) is diagnosed with schizophrenia.  On and off her medications, she grows increasingly erratic and eventually is forcibly institutionalized by the police, leaving her husband and son to cope with her absence.  John’s health insurance refuses to cover a mental illness, Mary takes one step forward and one back, but it is the effect on the son, Christopher that takes center stage.  Taunted and embarrassed at school by kids who call his mom a nut case, angry that his mom is gone and his father is withdrawing into a backyard boat-building project, the pressure seems unbearable.  Only the strong ties of the family can keep them all from spinning off the edge of the world.
This is a thoughtful look at how families deal with terrible events, an ultimately triumphant movie of the resilient human spirit, without the hackneyed Hollywood ending.

Posted by UW-Stout Library at 10:47 AM No comments: 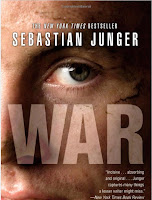 
War by Sebastian Junger.  Library Call Number: DS371.4123K67J86 2010.
Throughout the long war in Afghanistan, the Korengal Valley has been one of the most dangerous places on earth.  Fighting between American forces and the Taliban flare up at any time and without warning.
Into this environment went Sebastian Junger, author of the Perfect Storm.  Junger embedded himself with the Second Platoon of Battle Company and spent a tour with them, sharing their dangers and their missions in a spot he defines as, “sort of the Afghanistan of Afghanistan: too remote to conquer, too poor to intimidate, too autonomous to buy off.”
In a world of sudden death and destruction, what Junger finds is that the abstract notions of what soldiers fight for—“good” or “right”—all give way to the simple truth that when they are put in harm’s way, they fight for each other.

Posted by UW-Stout Library at 10:44 AM No comments:


Mars and Earth are in an uneasy truce, the Outer Planets Alliance is testing the limits of their independence and over all of them are the super-corporations that own so much of the solar systems resources.
When Jim Holden’s ship, an ice miner hauling water from Saturn’s rings, receives an SOS from the ship Scopuli that’s dead in space, the captain directs they go to its aid.  But the rescue mission quickly turns into a race for survival when an unknown warship nukes the rescuers, leaving only Holden and his shuttle crew alive.  For there is a horrible secret aboard the Scopuli, something that will change the solar system forever.
Detective Miller is looking for a girl. One girl in a system of billions, but her parents have money and money talks. When the trail leads him to The Scopuli and rebel sympathizer Holden, he realizes that this girl may be the key to everything.
Holden and Miller form an uneasy alliance in their search for the truth and know the odds are against them. But something evil is loose in the solar system and  if something needs to be done, a police officer and a ship’s XO and misfit crew might be the ones who can make things right.
Part one of a trilogy called the Expanse, this is fast-moving sci-fi with an awful twist, that’s hard to put down once started.

Posted by UW-Stout Library at 9:56 AM No comments:

Finding the Words,  a documentary  about children recovering from autism, by Horn Productions.  Distributed by the Video Project.
Library Call Number:  RJ506.A9F56 2010.
From the website:  FINDING THE WORDS is the story of eight "perfect babies", each given a grim diagnosis of autism spectrum disorder (ASD) as toddlers, whose grieving families fight prejudice, misinformation, and despair to get their children well again.
Filmed in thirteen locations across the United States, this hour-long documentary is an ensemble piece, presenting elements of each family's long, emotional journey through home videos, photographs and medical reports; as well as interviews with the families, the childrens' doctors, therapists and friends. Commentary on these remarkable stories is provided by a courageous group of doctors all working to rewrite the future for ASD afflicted children by accepting a surprisingly controversial premise: autistic children can recover.
The film also captures the unfolding drama of scientific discovery as doctors, pushed along by relentless parents, search for answers. The synergy we see between these determined families and the doctors who have been called to lead this struggle to uncover better therapies for ASD is fascinating. We see a paradigm shift in the doctor/patient model, and a great example of how treatments can be discovered in the presence of urgent need.

Posted by UW-Stout Library at 9:51 AM No comments: 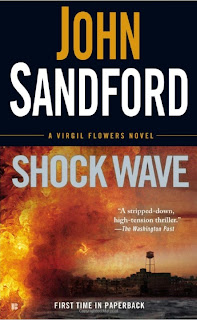 Shock Wave by John Sandford. Library Call Number: PS3569.A516S54 2011.
They’re building a PyeMart in the small river town of Butternut Falls, Minnesota and many people are unhappy about it.  Environmentalists say the run-off from the parking lot and the building site will pollute the pristine river, the local merchants see themselves being put out of business by the megastore. So when a bomb goes off at the trailer of the construction site’s foreman, killing him,  the Minnesota Bureau of Criminal Apprehension calls in their ace investigator, Virgil Flowers, canceling his vacation and telling him to find out who’s responsible.
Three weeks earlier, a bomb had gone off at PyeMart’s executive headquarters, narrowly missing the company’s Executive Board and killing a worker. No one can figure out how the bomb was even placed in the penthouse meeting room.
Arriving in Butternut Falls, Flowers has to contend with a lot of suspects, the high-powered President of PyeMart, his Executive Secretary, unhelpful city officials and residents, and some truly strange individuals. Before it’s over he will lose his boat and (perhaps worse) nearly his life.
In Sandford’s books, sometimes you know the bad guy, sometimes it’s a mystery.  This is one of the truly good mysteries in his series of nearly forty books.

Posted by UW-Stout Library at 3:33 PM No comments: 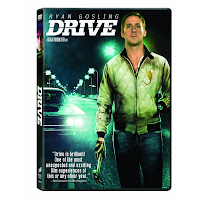 Drive, starring Ryan Gosling, Carey Mulligan, Bryan Cranston , Albert Brooks and Ron Perlman.  Directed by Nicolas Winding Refn.  Library Call Number: Pm1995.9.A3D75 2012.
Based on a book by the author James Sallis, Gosling stars as a Hollywood stunt driver who moonlights as a wheel man for armed robbers.  A loner without a name, the Driver has only one friend, a man named Shannon who owns an auto shop and has a line on armed robberies where the crew needs a getaway driver.
The Driver eventually becomes involved with a woman who lives in his apartment building with her one-year old son, while her husband serves out a prison term.  When he’s released, the husband is told he needs to pay off a gang who protected him inside the prison.  Against his better judgment, the Driver agrees to help him rob a pawnshop.  But when the job goes wrong, the bad guys come after the ex-con’s wife and child and the Driver has to protect them any way he can.

Posted by UW-Stout Library at 3:28 PM No comments:


Richard “Dodge”  Forthrast is a world-famous game designer, a former draft dodger and  pot smuggler, who parlayed his money from carrying weed across the border into a start-up company that produced the blockbuster video game T’rain.  T’rain is a multiplayer, multi-billion dollar success that allows interaction in virtual and real worlds in ways no one has ever thought of before.  Like organized crime, who has figured out how to use T’rain to virtually launder real-world money, or terrorists, who are using the game for their plotting.
Unfortunately, the game’s popularity gives it a high profile.  Hackers develop a program called Reamde that can hijack a player’s electronic files and hold them for ransom, a dangerous game when you don’t know anyone’s real identity.
Soon gamers, fantasy writers and hackers are all trying to outplay bad guys, who are popping up left and right from the cybersphere, and Forthrast finds himself dead-bang center in a high stakes and deadly conflict.
Posted by UW-Stout Library at 1:30 PM No comments:


Ten-year old Gulistan and her younger brother Firat live with their parents in Turkish Kurdistan, a territory of great civil strife. Their happy lives are interrupted by violence when Gulistan’s parents are gunned down before their eyes by paramilitary soldiers.  They’re taken in by an aunt, but she soon disappears without a trace, possibly another victim, and the money she’s left the children soon dwindles to nothing.
Forced onto the street, Gulistan is befriended by a woman who works as an “escort” and the children are given a place to stay.  But when Gulistan sees one of the men who murdered her parents with her new friend, she begins to plot a devious revenge.

Winner of eleven international film awards, Before Your Eyes is an eye-opening look into a little-known conflict and an unfamiliar world.
Posted by UW-Stout Library at 1:27 PM No comments:

Josh Steans is this year’s recipient of the Barnard Outstanding Service Award.

Josh is a Library Service Assistant who works in the Circulation/Interlibrary Loan Area of the University Library.

Josh has been described as a kind, compassionate, diligent and willing volunteer and contributor to the library’s functions and needs.

The Barnard Award was established to recognize a library employee who has achieved exceptional accomplishments in serving the informational needs of students, faculty and staff.  The award is supported by the David P. Barnard Family Endowment and the Stout Foundation.

You are invited to join us in honoring Josh at the award ceremony, Monday, April 15 at 10:00 a.m. on the Fourth Floor of the Robert S. Swanson Learning Center.
Posted by UW-Stout Library at 1:20 PM No comments: