Nominations being accepted for 2014 Barnard Award

Nominations for the 2014 Barnard Outstanding Service Award for exceptional library staff are being accepted now through March 21.

The Barnard Outstanding Service Award was established by David and Kay Barnard to recognize library staff members who have achieved over and above what is required in their position description and have made outstanding contributions in serving the information needs of students, faculty, and staff.  The Award continues to be supported by the David P. Barnard Family Endowment and the Stout Foundation, Inc.

Visit the library's Barnard Award web page to submit your recommendation and view award recipients from previous years.
Posted by UW-Stout Library at 1:45 PM No comments: 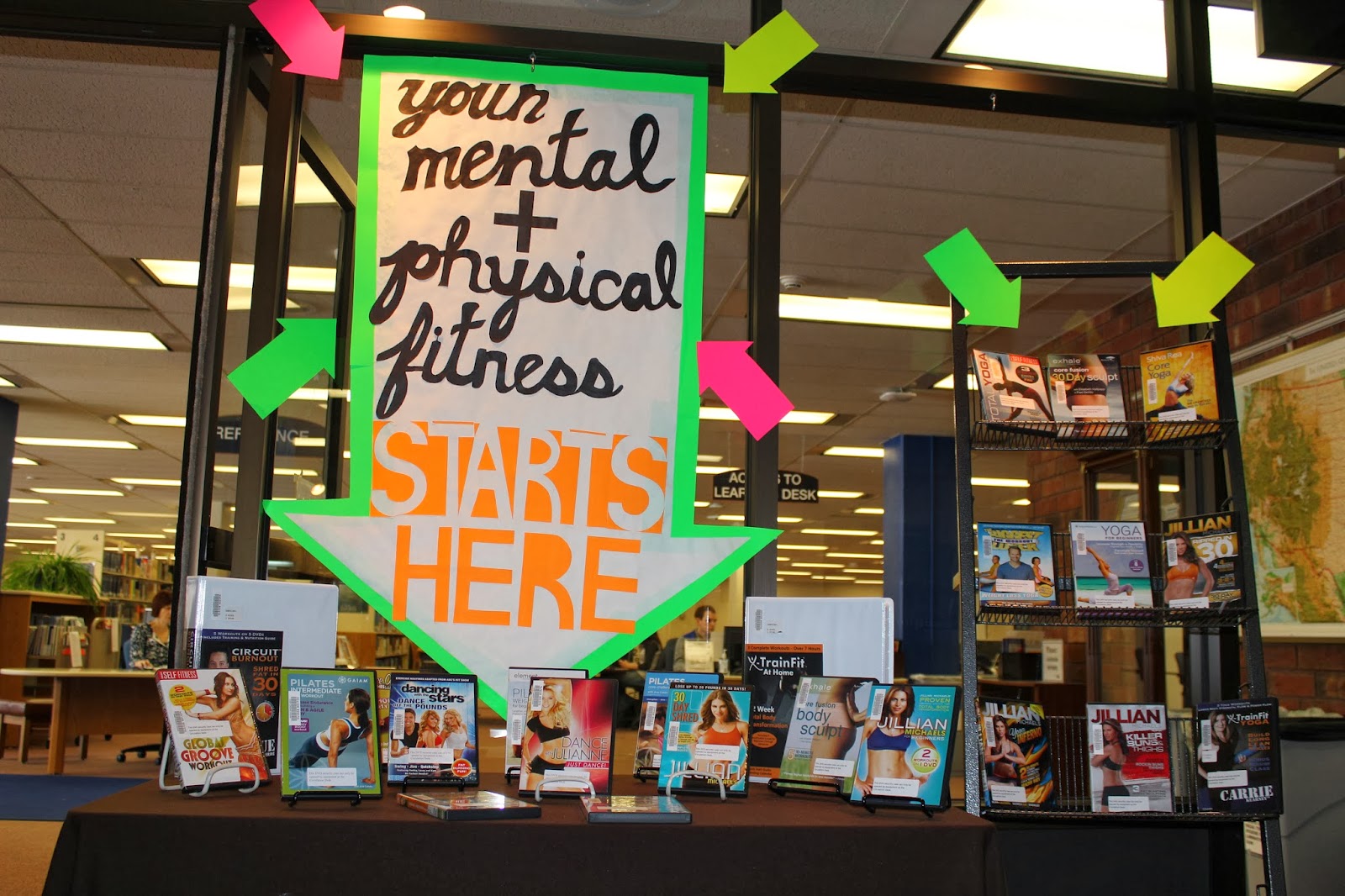 If you have been avoiding going to the gym or exercising outside due to the snow, ice, and cold, the University Library has a solution.  Check out our new collection of exercise videos and get your heart pumping in your dorm room or apartment.  Exercise has many physical and mental health benefits, and we have a variety of videos for all interests and abilities, including yoga, Pilates, dance, cardio, and cross-training.  The collection is being displayed on first floor of the library, in the lobby until Spring Break.
Posted by UW-Stout Library at 3:03 PM No comments: 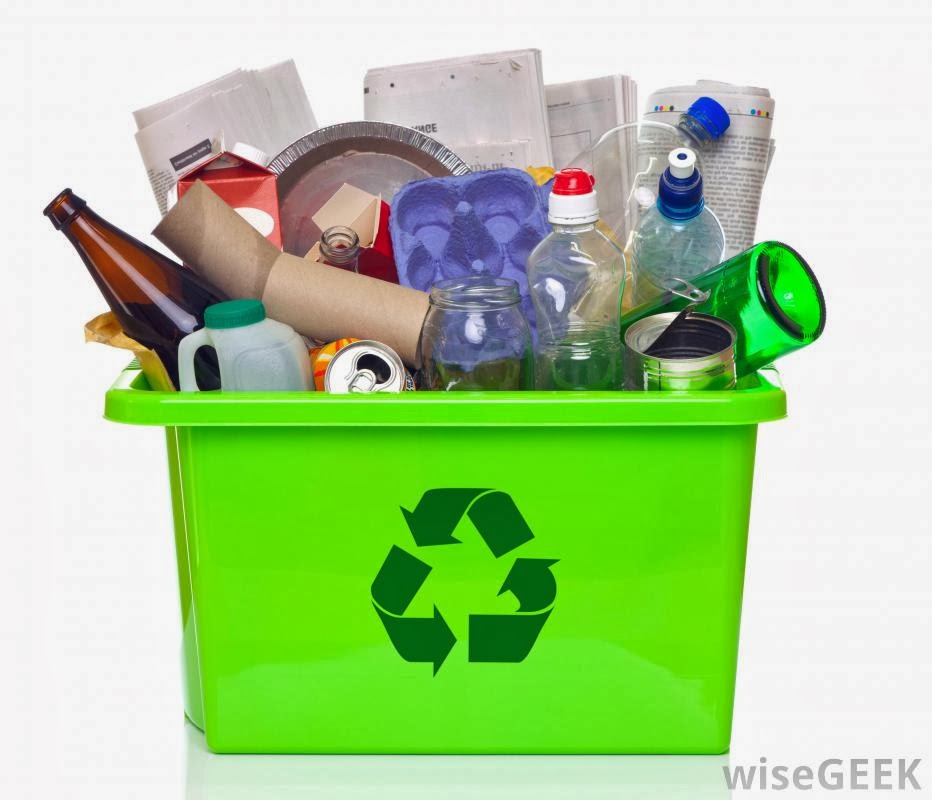 University of Wisconsin System is accepting applications for solid waste research grants for UW undergraduate and graduate students of any program or major through March 21.

If you have an interest in researching alternatives to solid waste disposal, including the reuse and recycling of materials, composting, source separation and the disposal of household hazardous wastes, this grant is a great opportunity to make an impact through your research.

For more information, visit the Solid Waste Research Program's website. Click on "Student Application" for a detailed announcement on the grant and instructions on how to apply. Contact program representative Eileen Norby at enorby@uwsa.edu for questions relating to the grant.

Posted by UW-Stout Library at 11:21 AM No comments:

Today's Hey Stout! #CheckThisOut features a recommendation from library staff member Josh Steans. Josh has been with the library since 2007 and oversees interlibrary loan and other programs in Circulation. His selection is singer-songwriter Bob Dylan's memoirs, Chronicles (Vol. 1). Check availability or place a request.﻿﻿


Dylan’s memoirs are a lot like his song lyrics: plain-spoken but literate, free but structured, devout but jaded. Through this veil of opposites, one thing Dylan makes clear is that the constant arrow of his life — from his earliest childhood awakenings, to an unwanted coronation as The Voice of His Generation, from his calculated efforts to shed that crown, right up to his recent albums and perpetual touring — is music. Music was and still is his path.
Here’s Dylan on Hank Williams, “When I hear Hank sing, all movement ceases. The slightest whisper seems sacrilege.” His first reaction to Woody Guthrie’s songs, “It made me want to gasp. It was like the land parted. It was like the record player itself had just picked me up off the floor and flung me across the room.” Accounts like these are pretty typical.
A reader who picks up this book up expecting a confessional tell-all, or glittering reminiscences of golden career moments, should put it back down and look for something a lot different. (Keith Richards’ Life, also a fantastic read, might be better for you.) Dylan never mentions his most famous songs, albums, or performances. There’s nothing in Chronicles about “The Time’s They Are A-Changin,” “Like A Rolling Stone,” Blonde on Blonde, or Highway 61 Revisited. There is no talk of Newport or Royal Albert Hall. While we might identify Dylan with these monuments, and historians may partially ascribe the transformations of the post-war society to Bob Dylan’s music and messages, in Chronicles, Dylan barely even alludes to them. The only album (of his own) that he discusses in much detail is 1989’s Oh Mercy, produced in New Orleans by Danial Lanois. And I think the main reason he talks about this one so much is that it marked the end of his past and a musical rebirth of sorts. So I do think it’s useful to know ahead of time that Chronicles is mighty thin on revelry, and it’s completely devoid of nostalgia and gossip. This is more of a true literary work. But it’s a really good one and it happens to let us glimpse into to mind of one of the twentieth century’s great artists.
Review by Josh Steans
Posted by UW-Stout Library at 12:58 PM No comments:

The Young Adult Book Club starts off its second semester in just a few weeks, so be sure to get your copy of February's selection, Feed by M. T. Anderson. The club will meet on Feb. 25 at 5:00 pm in the EMC area on 1st Floor. Come by for a discussion and pizza, or tweet your comments throughout the month using #StoutReadsYA.
Copies of the book are available through interlibrary loan. Contact librarian Kate Kramschuster at kramschusterk@uwstout.edu for more information.

In a future world where internet connections feed directly into the consumer’s brain, thought is supplemented by advertising banners, and language has gone into a steep decline, a little love story unfolds. Titus, an average kid on a weekend trip to the moon, meets Violet, a brainy girl who has decided to try to fight the feed. Assaulted by a hacker who interrupts their connection, they struggle to understand what has happened to them — and to everyone around them.

In his National Book Award Finalist Feed, M. T. Anderson has created a not-so-brave new world — and a smart, savage satire that has captivated readers with its view of an imagined future that veers unnervingly close to the here and now. (Synopsis from www.mt-anderson.com)
Posted by UW-Stout Library at 1:11 PM No comments:

Blind Date with a Book 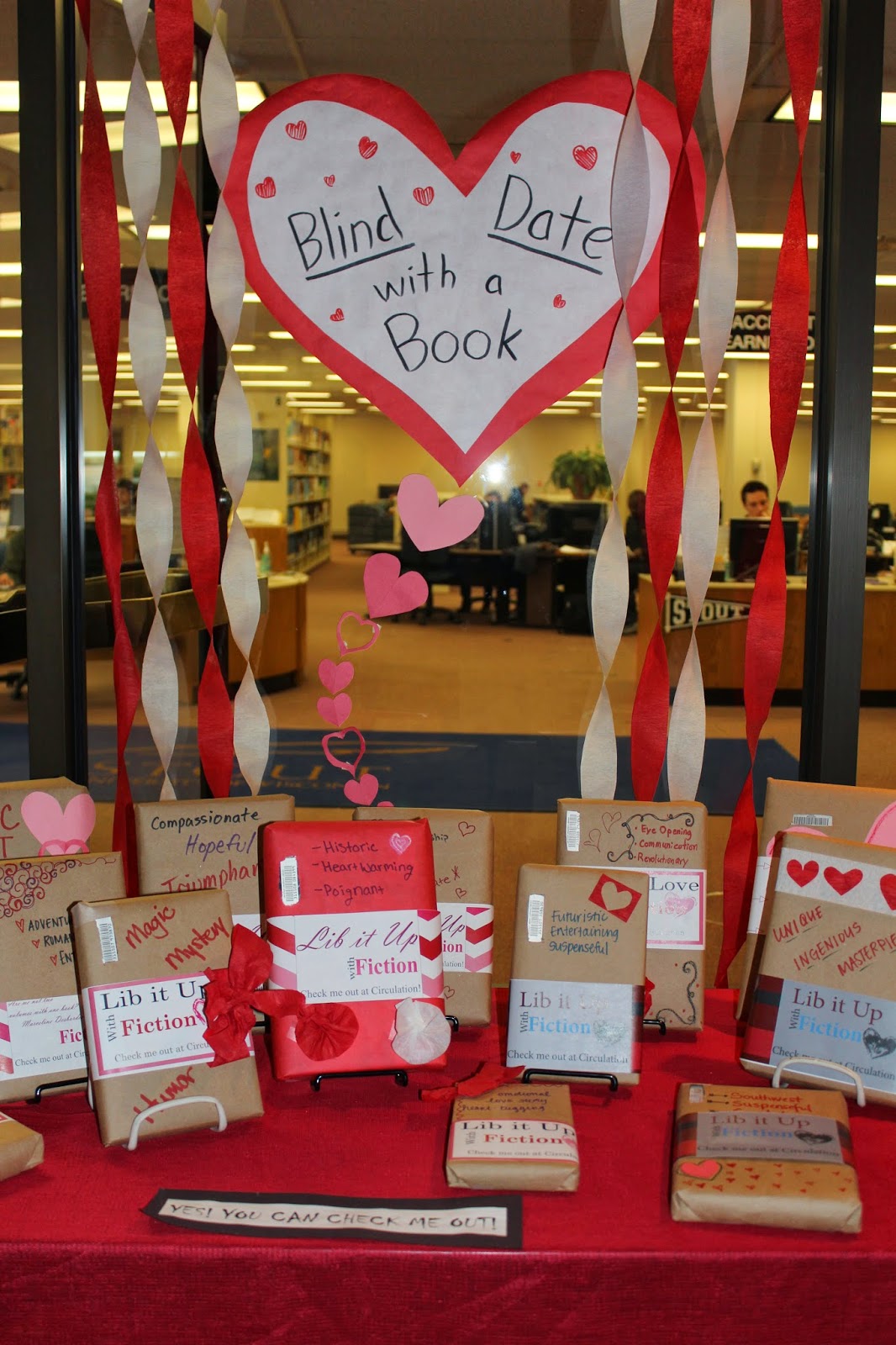 Stop by the library this week and next to take a chance on a lonely but loveable book. The twist is, you won't know what it is until you've checked it out!

It's called Blind Date with a Book, and includes a wide variety of selections from library staff and student employees, each wrapped to conceal its identity, with descriptive words to help you find a "date" that appeals to you! Visit the display in the lobby on 1st Floor. 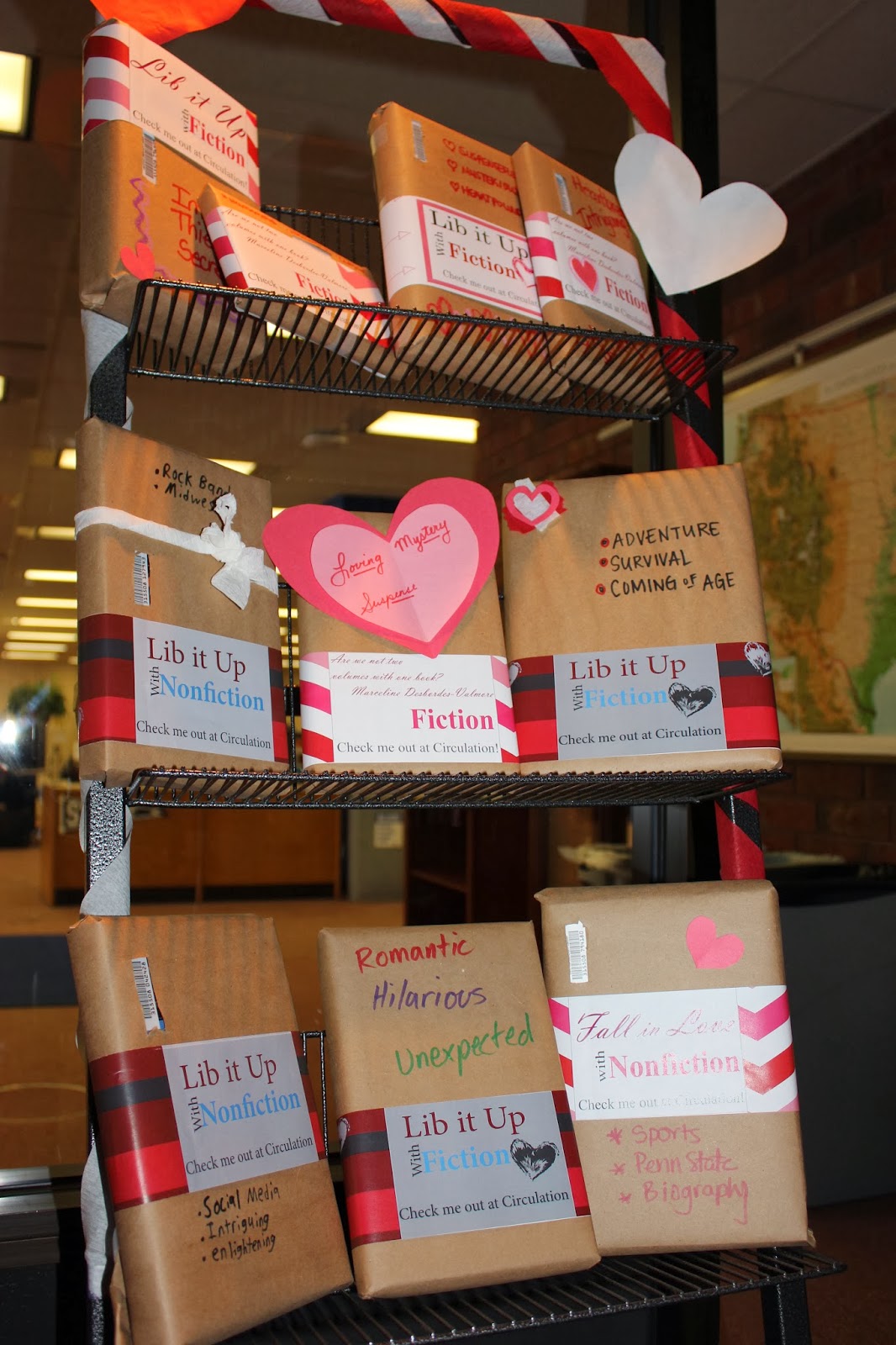 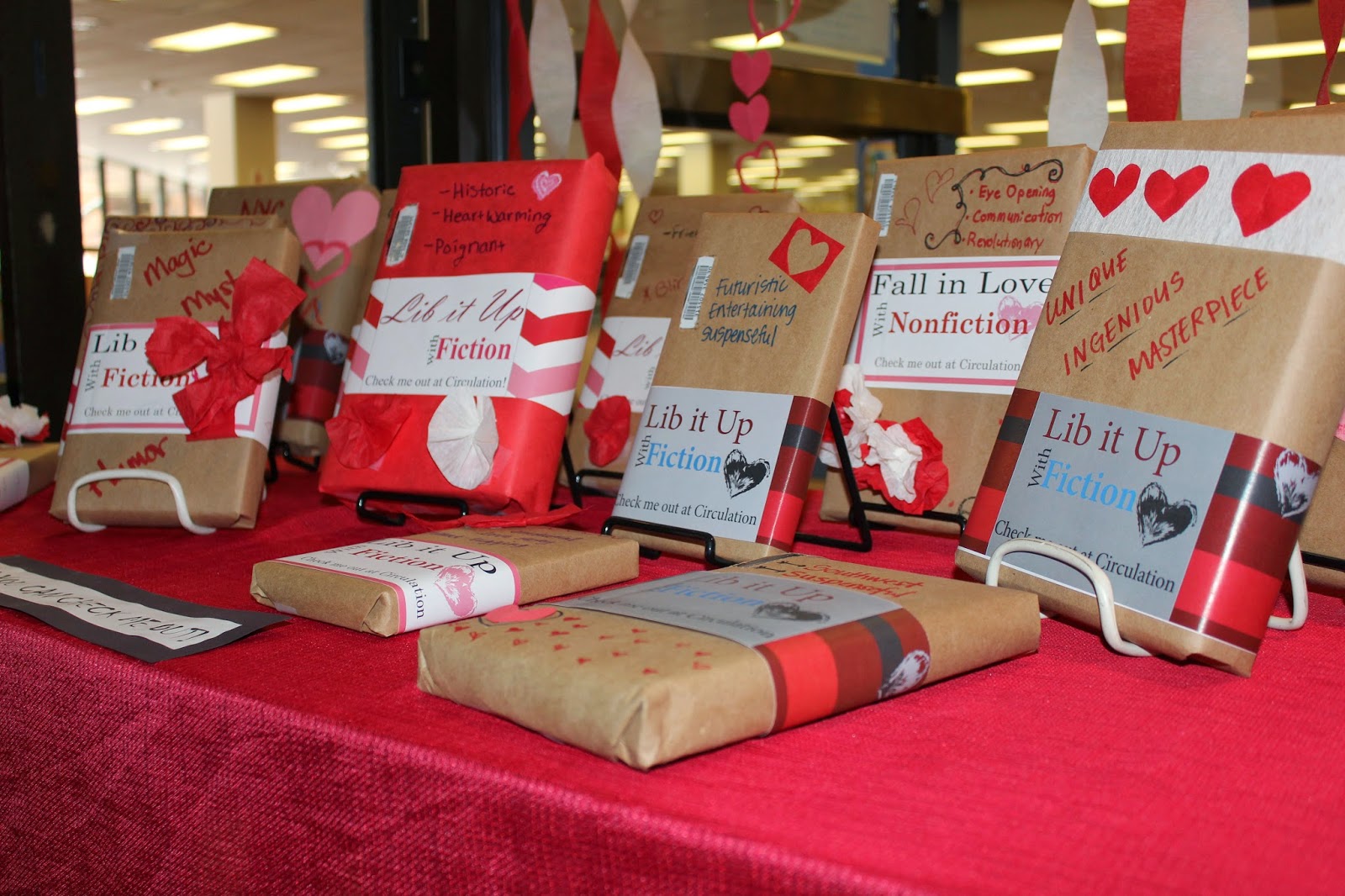 Posted by UW-Stout Library at 12:37 PM No comments: 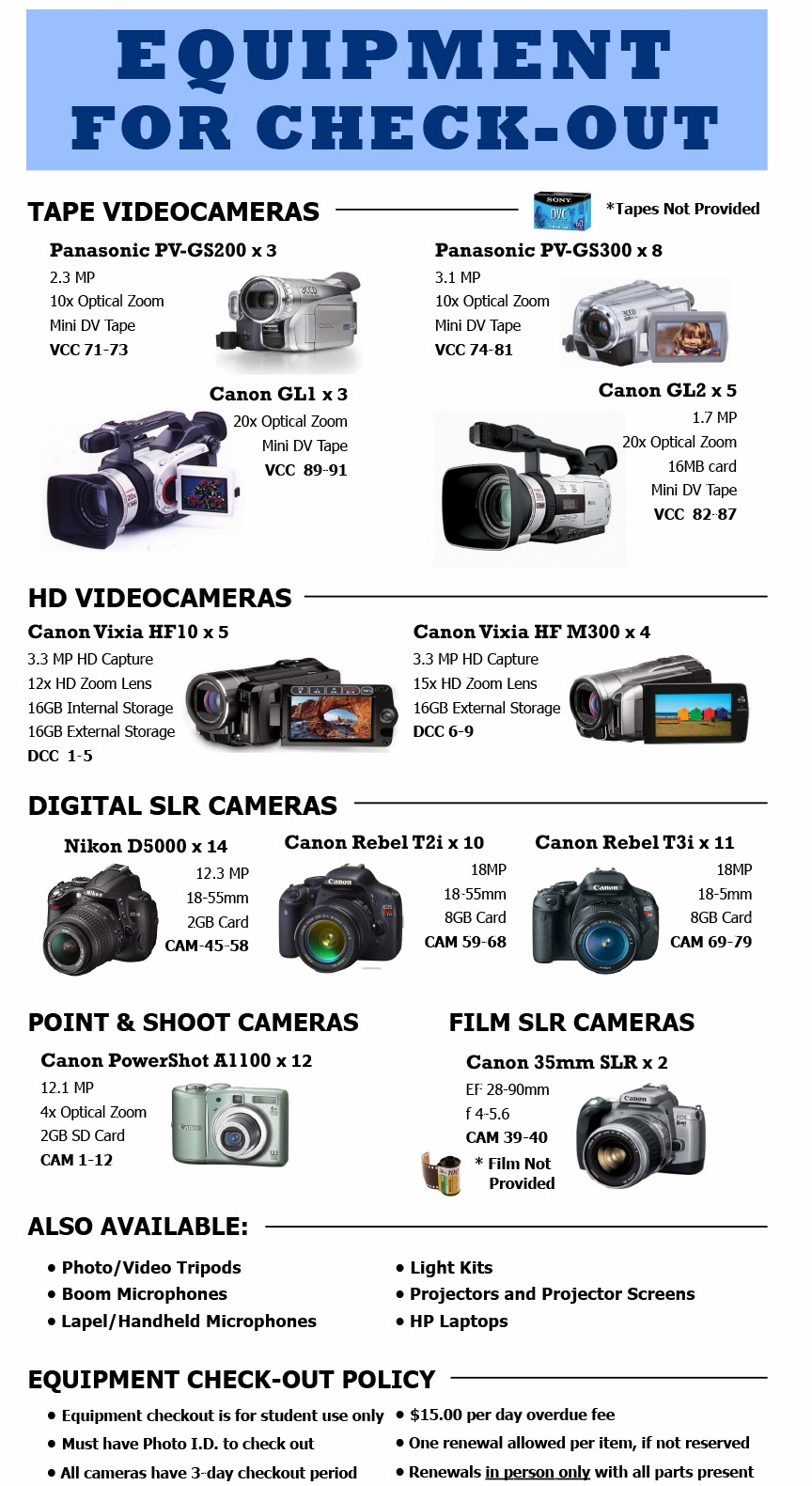 The University Library offers a wide variety of film, digital and video cameras for checkout by students, making the addition of photography and video to your projects convenient and free.

Checkout length and availability varies, so visit the Equipment Checkout page or ask at Circulation for more info!
Posted by UW-Stout Library at 1:42 PM No comments: