The Help by Kathryn Stockett.  Library Call Number: PS3619.T636.H45 2009.
Excerpted from Kirkus Reviews:      “The relationships between white middle-class women and their black maids in Jackson, Mississippi, circa 1962, reflect larger issues of racial upheaval in…Stockett's ambitious first novel.  …recent Ole Miss graduate Skeeter [Phelan] returns to Jackson longing to be a serious writer. While playing bridge with…friends Hilly and Elizabeth, she asks Elizabeth's seemingly docile maid Aibileen for housekeeping advice to fill the column she's been hired to pen for a local paper. The two women begin what Skeeter considers a semi-friendship, but Aibileen…is careful what she shares…Encouraged by a New York editor, [Skeeter] decides to write a book about the experience of black maids and enlists Aibileen's help. For Skeeter the book is primarily a chance to prove herself as a writer. The stakes are much higher for the black women who put their lives on the line by telling their true stories. Although the exposé is published anonymously, the town's social fabric is permanently torn. Stockett uses telling details to capture the era and does not shy from showing Skeeter's dangerous naiveté. Skeeter's narration is alive with complexity—her loyalty to her traditional Southern mother remains even after she learns why the beloved black maid who raised her has disappeared. In contrast, Stockett never truly gets inside Aibileen and Minnie's heads (a risk the author acknowledges in her postscript). The scenes written in their voices verge on patronizing.”

Posted by UW-Stout Library at 4:15 PM No comments: 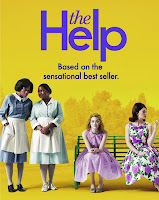 The Help, starring Emma Stone, Viola Davis, Octavia Spencer and Bryce Dallas Howard. Directed by Tat Taylor.  Library Call Number: PN1995.9.N4H45 2011.
Kathryn Stockett’s book was on the bestseller list longer than any title since the Da Vinci Code, so it was only natural that it would become a movie.  In 1960s Mississippi, Skeeter, a southern society girl, returns from college determined to become a writer, but turns her friends' lives, and a small Mississippi town, upside down when she decides to interview the black women who have spent their lives taking care of prominent southern families. Aibileen, Skeeter's best friend's housekeeper, is the first to open up, to the dismay of her friends in the tight-knit black community. The casting of Emma Stone and Bryce Dallas Howard as the southern white women and Tony-Award winning Viola Davis and Octavia Spencer in the two major roles of the maids, makes this movie worth seeing.  Spencer went on to win the Critic’s Choice Award, the Golden Globe, the Screen Actors Guild Award, BAFTA and Oscar for her role in the Help, one of only nine actors in history to win all in a single year.

Posted by UW-Stout Library at 4:11 PM No comments: 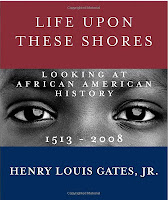 
A bold, beautifully illustrated book by the eminent historian uses countless portraits, drawings, pictures and documents to illustrate the long history of African American involvement in the American story, from the first group of “twenty and odd” Angolans captured in African Civil wars and sold into slavery, ending up in 1600’s Jamestown, Virginia; Jean Baptiste Point  DuSable’s founding of an early farm and trading post that would come to be known as Chicago; the paroxysm of violent struggle that wrenched America apart in the Civil War; W.E.B. DuBois’ magnificent photographic essay of blacks in America shown at the Paris Exposition of 1900; Jack Johnson’s extraordinary fights in and out of the ring; the Civil Rights era of the 60’s and 70’s to the recent first  inauguration of President Obama.  Most importantly, Gates notes the hundreds of black Americans who made significant contributions to all aspects of American life and culture.  This is a book of constant struggle, heartbreaking setbacks and triumphant victories. Most importantly, it is an integral part of American history.
Posted by UW-Stout Library at 10:42 AM No comments:

From the Amazon Review:   …Based on Sheyann Webb's memoir, this movie effectively serves as a Mississippi Burning for kids. As 11-year-old Sheyann (Eve's Bayou's Jurnee Smollet) learns more about the degradation of her people, so, too, will a whole new generation. But the lesson is far from pleasant. With the exception of earnest seminary student Jonathan Daniels (Mackenzie Astin), a Yankee who's come down South to help register blacks to vote, the white people seem cartoonishly hateful. It's sobering to realize that this behavior really happened and was either sanctioned or ignored by the government. Being forced to guess the number of jellybeans in a jar in order to vote and being gassed and beaten for marching are just some of the indignities Sheyann and her friends endure…  Inspiring, but a bit brutal…  --Kimberly Heinrichs 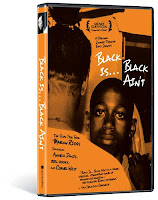 
Black is…Black Ain’t, a documentary film produced and directed by Marlon T. Riggs. C2004. Library Call Number: E185.625.B5556 2004  (0The second film in recognition of Black History Month.)
When Barack Obama began his run for the Presidency in 2007, there was much talk in the African-American community on whether or not he was ”black enough.”  Everyone from Al Sharpton to Jesse Jackson to the Fox news talking heads had their opinion of a half African, half white American being raised in Kansas and Hawaii by his white mother and grandparents.  But for many white Americans, the debate was mystifying.  What exactly did that mean?  This documentary attempts to explain.  As the film synopsis says:
“American culture has stereotyped black Americans for centuries. Equally devastating, the late Marlon Riggs argued, have been the definitions of ‘blackness’ African Americans impose upon one another which contain and reduce the black experience.  In this film, Riggs meets a cross-section of African Americans grappling with the paradox of numerous, often contradictory definitions of blackness. He shows many who have felt uncomfortable and even silenced within the race because their complexion, class, sexuality, gender or speech has rendered them ‘not black enough,’ or conversely, ‘too black.’”

The Last Holiday: A Memoir by Gil Scott-Heron.  Library Call Number: PS3569.C7Z46 2012.
Premier poet and songwriter  and so-called “godfather of rap” Gil Scott-Heron looks back on his life and opens up an illuminating career that ran for decades on the cutting edge of social commentary.  Written in the last few months before his death, the creator of 20 albums and many singles recalls his childhood, his first piano, hauled into his grandmothers Tennessee house by a junk man, his never-to-be-forgotten song, “The Revolution will not be televised,” and insights into many of the most wrenching experiences of the civil rights era.  With a poet’s eye and cadence, he describes decades of the fight for equal rights around the world.
As reviewer Ben Ratliff noted in the New York Times Review: “Scott-Heron himself, along with two black classmates, desegregated a Jackson[TN]  junior high school, and he writes lucidly about that experience and its aftermath -- including his mother's decision not to push him into it, and the strangeness of studying the Civil War in a white Southern school: ''It was like reviewing it from the loser's locker room.''
Posted by UW-Stout Library at 11:30 AM No comments: 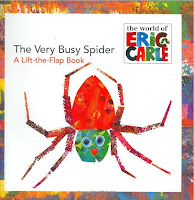 Posted by UW-Stout Library at 4:25 PM No comments:

What you were watching in 2012

17) Babe
18) Chocolat
19) Ella enchanted
20) Ides of March
21) Inception
(A crazy kind of heist movie, where the crew steals memories and thoughts)
22) Iron Man 2
23) Lion king
24) Little mermaid
25) Memoirs of a geisha
Top 10 documentaries/non-fiction films checked out in 2012
1)    Killing us softly 4: advertising's image of women, a Media Education Foundation production.
2)    Understanding learning disabilities: how difficult can this be?
3)    Narrative therapy over time [presented by] American Psychological Association.
4)    Internal family systems therapy produced by Governors State University.
5)    Race: the power of an illusion produced by California Newsreel; in association with the Independent Television Service.
6)    Cave of forgotten dreams, written and directed by Werner Herzog.
(Herzog shows us the oldest paintings known to man.)
7)    Techniques of play therapy: a clinical demonstration.
8)    What's race got to do with it?   Written, directed and produced by Jean Cheng.
9)    Color of fear, produced & directed by Lee Mun Wah.
10) Fish!  Catch the energy, release the potential, a film by Charthouse Learning.
Posted by UW-Stout Library at 3:04 PM No comments:

Murder in Mississippi, starring Tom Hulce, Jennifer Grey, Blair Underwood, CCH Pounder. Directed by Roger Young.  1990.  Library Call Number: PN1995.9M835M87 2008.
In 1964, three civil rights workers who were registering people to vote in the county of Neosho Mississippi, were arrested and thrown into jail in Philadelphia Mississippi, then released in the early hours of the morning.  Shortly thereafter, they were murdered by the Ku Klux Klan and their bodies buried in a levee.  There have been at least three movies made of the incident, but this one may be the most compelling, with its emphasis on the trio’s last days of working for the rights of southern African-Americans.  The dark days of the struggle for equal rights have been artfully scripted by Ben Stein and well-acted by all the primary players in this movie.  The film gives the audience a real sense of the tension and danger hovering over the northern volunteers who dared to follow their conscience and come south.

Posted by UW-Stout Library at 2:55 PM No comments:

Devil in the Grove: the Groveland Boys and the Dawn of a New America by Gilbert King.  Library Call Number: KF224.G76K56 2012.
From the liner notes: In 1949, Florida's orange industry was booming with cheap Jim Crow labor. When a white seventeen-year-old Groveland girl cried rape, vicious Sheriff McCall was fast on the trail of four young blacks who dared to envision a future for themselves. Then the Ku Klux Klan rolled into town, burning homes and chasing hundreds of blacks into the swamps. So began the chain of events that would bring Thurgood Marshall, the man known as "Mr. Civil Rights," into the fray. Associates thought it was suicidal for him to wade into the "Florida Terror" at a time when he was irreplaceable to the burgeoning civil rights movement, but the lawyer would not shrink from the fight--not after the Klan had murdered one of Marshall's NAACP associates and Marshall had endured threats that he would be next. Drawing on a wealth of never-before-published material, including the FBI’s unredacted Groveland case files, as well as unprecedented access to the NAACP’s Legal Defense Fund files, King shines new light on this remarkable civil rights crusader, setting his rich and driving narrative against the heroic backdrop of a case that U.S. Supreme Court justice Robert Jackson decried as “one of the best examples of one of the worst menaces to American justice.”

Posted by UW-Stout Library at 2:50 PM No comments: