"We well know of the most famous cases of banned books: James Joyce’s Ulysses, Henry Miller’s Tropic of Cancer, Allen Ginsberg’s Howl. In fact, a full 46 of Modern Library’s “100 Best Novels” have been suppressed or challenged in some way.

The American Library Association maintains a page that details the charges against each one. Harper Lee’s To Kill a Mockingbird saw a challenge in the Vernon Verona Sherill, New York school district in 1980 as a “filthy, trashy novel” and in 1996, Lindale, Texas banned it from the advanced placement English reading list because it “conflicted with the values of the community.” Steinbeck’s Grapes of Wrath has a lengthy rap sheet, including total banning in Ireland (1953), Morris, Manitoba (1982), and all high school classes in Kanawha, Iowa (1980).

The list of censored undisputed classics—every one of which surely has its own piece of giant store art in Barnes & Nobles nationwide—goes on. "  Quoted from Open Culture

Find the rest of your favorite banned books free from the library.
Posted by UW-Stout Library at 2:36 PM No comments:

﻿﻿﻿﻿Wondering how to find sources for your literature review?  Not sure how to use a citation manager to save your sources and generate a reference list? Come to the Thesis Survival Workshop and learn from Librarian Lelah Lugo how to do all this, and more! 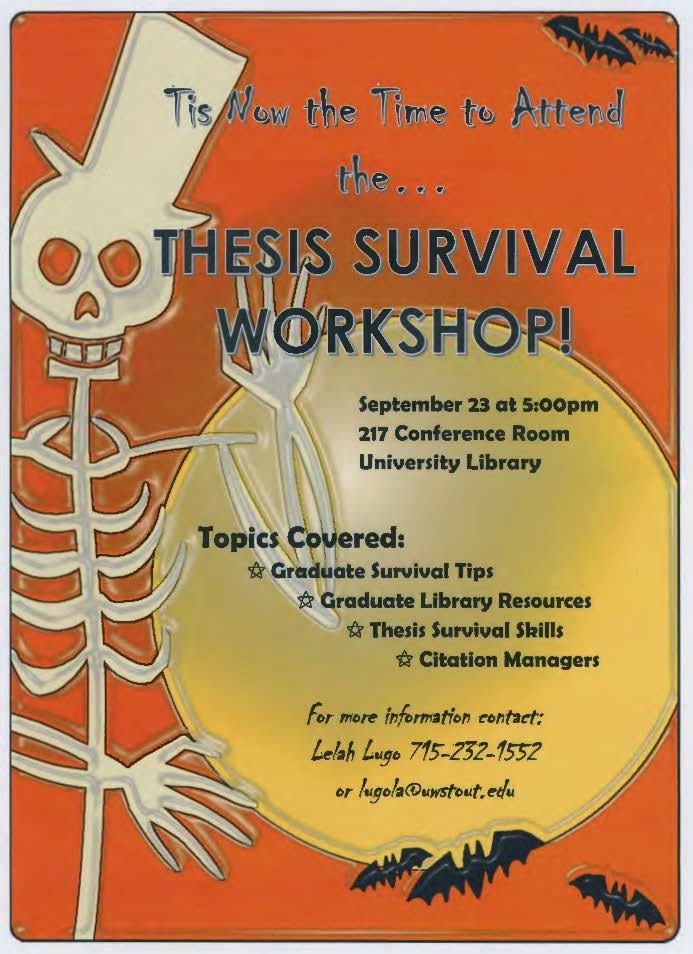 Posted by UW-Stout Library at 3:52 PM No comments:

We recently asked Krista James, senior Biology lecturer and Environmental Science Program Director, to recommend books in her research area that would appeal to UW-Stout students as a follow-up to her feature in UW-Stout's 5 Questions series, which profiles faculty from across campus. Here is what she picked:

Edward O. Wilson has distilled sixty years of teaching into a book for students, young and old. Reflecting on his coming-of-age in the South as a Boy Scout and a lover of ants and butterflies, Wilson threads these twenty-one letters, each richly illustrated, with autobiographical anecdotes that illuminate his career—both his successes and his failures—and his motivations for becoming a biologist. At a time in human history when our survival is more than ever linked to our understanding of science, Wilson insists that success in the sciences does not depend on mathematical skill, but rather a passion for finding a problem and solving it. From the collapse of stars to the exploration of rain forests and the oceans’ depths, Wilson instills a love of the innate creativity of science and a respect for the human being’s modest place in the planet’s ecosystem in his readers. (Amazon.com)

Hope for Animals and Their World : How endangered species are being rescued from the brink

At a time when we are confronted with bad news about the environment nearly every day, renowned scientist Jane Goodall brings us inspiring news about the future of the animal kingdom. With the insatiable curiosity and conversational prose that have made her a bestselling author, Goodall--along with Cincinnati Zoo Director Thane Maynard--shares fascinating survival stories about the American crocodile, the California condor, the black-footed ferret and more--all formerly endangered species and species once on the verge of extinction whose populations are now being regenerated. Interweaving her own first-hand experiences with the research of premier scientists, Goodall illuminates the heroic efforts of dedicated environmentalists and the truly critical need to protect the habitats of these beloved species. At once a celebration of the animal kingdom and a passionate call to arms, this book presents an uplifting, hopeful message for the future of animal-human coexistence. (Grand Central Publishing)

To learn more about Krista James' research, teaching, and special interests, check out her profile in the 5 Questions series.
Posted by UW-Stout Library at 9:09 AM No comments: 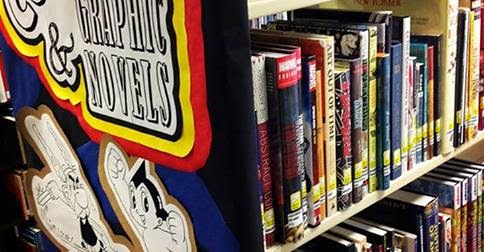 The new Comic and Graphic Novel Collection on the 4th Floor of the Library was featured in a recent Stoutonia article. Check out the link to learn more about how the collection came about, and be sure to take a look at the collection yourself!
Posted by UW-Stout Library at 10:09 AM No comments:

September issue of Check This Out!

The September issue of Check This Out! is now available at locations throughout the library. Ask at circulation if you'd like a copy, or click below to enjoy anytime! 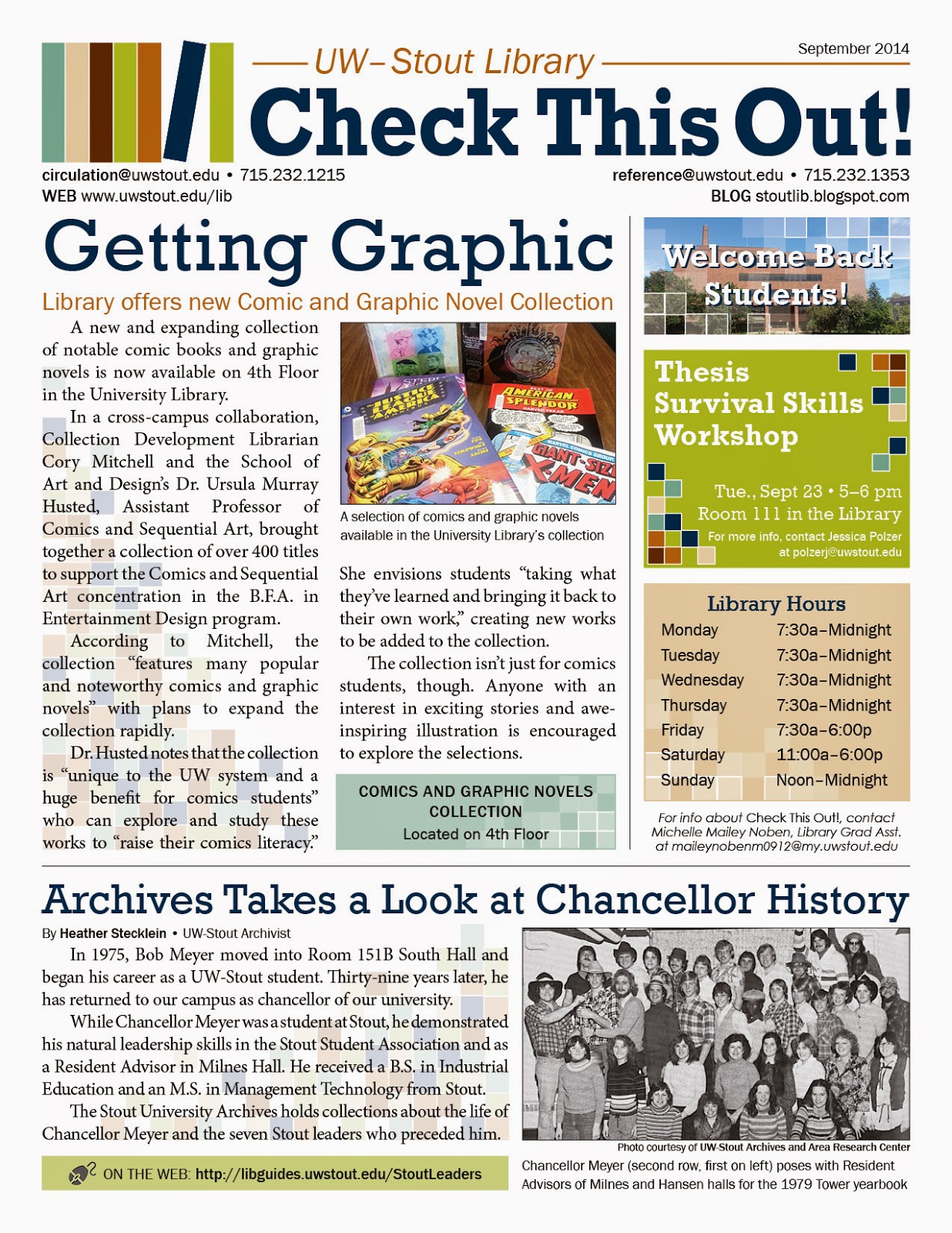 Posted by UW-Stout Library at 3:45 PM No comments: